1. You are watching Me TV. You feel young when watching these shows. You are the exact same age as Jerry Mathers who played “The Beaver.” Your father reminded you of Beavers father, and your mother had the same values. (Except she didn’t wear heels and pearls. She also had a job  outside the house, and wasn’t excited about cooking.

2.. Although you can appreciate Jimmy Fallon’s talent, you  prefer the guests on old Dick Cavett shows like: the late Marlon Brando, and Charles Heston (before he was president of the NRA, but maybe that’s when his Alzheimers had already started. You hope so because you loved him as Moses.)

3.   It does still hurt to watch old Johnny Carson shows because he was a big part of your life for so many years. Even before he was on the Tonight show you remember him on “Who do you Trust.” You remember the very first ” Tonight Show”. He kept you company from the time you were a teenager until you were solidly middle-aged.

4.  You go to a concert featuring Paul Anka. He shows old videos of Sammy Davis Jr. smoking a cigarette and singing. It’s hard to imagine a time when it was cool and sexy to smoke a cigarette. Paul Anka was “the kid” amongst the Rat Pack. People like Frank Sinatra,  Sammy Davis Jr., and Dean Martin. The good thing is he puts on a dynamic show and sings with a strong, good, familiar voice. So, what happened to music? Really?

5. It bothers you when you realize you’ve spent more time with people on TV than you did with real live people. You wish you had videos of your mom and dad you could play, but you don’t because they weren’t famous. You remember a time when you thought they were really “old” and couldn’t appreciate my good music. Just like my kids think about me. 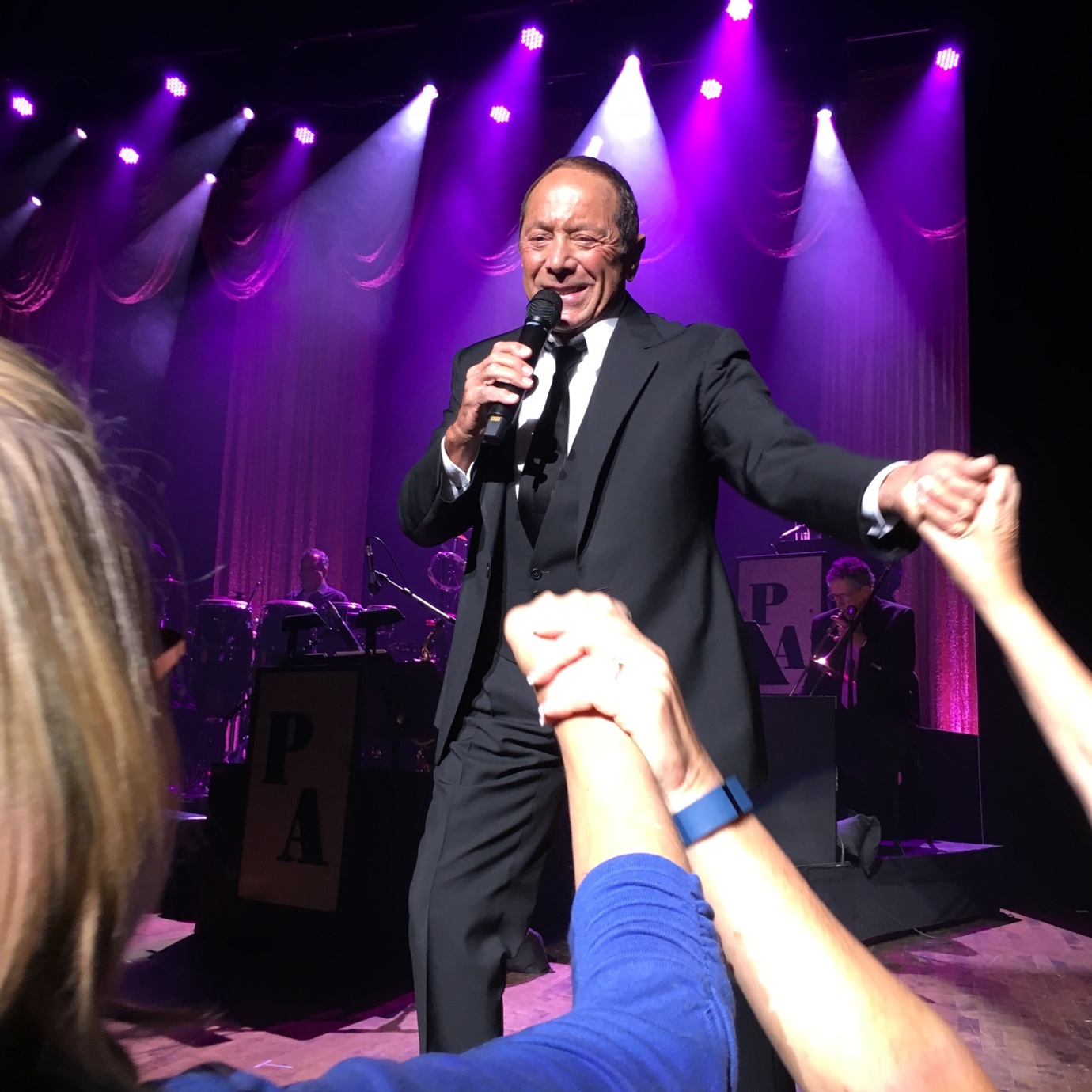 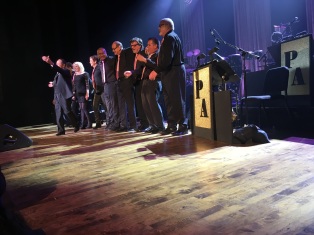 Doing my civic duty, I decided to help register people to vote. As creepy as this election has gotten, I decided I had to do something to stop  a very dangerous candidate from winning the election.

Even if you’re not excited about either candidate there are other issues and people to be voting for. I’m sorry to say, I am not as familiar with those things as I should be, but after attending a registration training talk, I am going to be very familiar with the ballot before I get there.

I found out how dead set against voting some people were when I canvassed a neighborhood registering people to vote. People wearing Ohio State University garb were enthusiastic about football, but did not see why it was important to vote for issues, senators, judges, etc. “We don’t vote,” they said with conviction. I’m sure if I’d asked them the score of the game between Indiana and OSU yesterday they would’ve known which players made the touchdowns. I’m sure they know who Urban Meyers is, but do they know who is running for the senate?

Some people were enthusiastic, smiling, and saying “yes, I vote.”.An elderly man wearing his church clothes, asked how he could help get out the vote. A great-grandfather said, “Damn right I vote.”  This is not surprising since a good percentage of elderly people vote. We did convince a 19-year-old it wasn’t a big deal to fill out the paperwork.

How to make a field goal

If you’re not registered to vote: https://www.register2.rockthevote.com

Encourage every member of your family to register and vote.

If someone can’t get there, offer to take them there.

Make sure people have an ID when they vote. It can be a state ID license, birth certificate, bank statement, social security card.

Know that your vote determines the outcome!

Vote and make a Touchdown!!!

Three year old Aidan and his great-great-aunt do not concentrate on the past or the future. They both savor the present moment.

Aunt Rochel first held and spoke to  him when he was 1- day old.  Now, he converses with her in his 3-year-old way. “Sit here in this chair, and I will sit here,” he says.

Today was the first day the Jewish New Year, 5777.  She went to the temple service, and stood up for all the prayers.  She could very well have sat them out, but she refused.

“Why, I have no trouble standing, it’s just walking that’s a problem,” she says. Her balance is a bit compromised, so she uses a walker.

After services, my husband decided to take some pictures of…